7. Personal Property Securities Act 1999 (“PPSA”)
7.1 Upon assenting to these terms and conditions in writing the Client acknowledges and agrees that:
(a) these terms and conditions constitute a security agreement for the purposes of the PPSA; and
(b) a security interest is taken in all Goods previously supplied by Greene Bros to the Client (if any) and all Goods that will be supplied in the future by Greene Bros to the Client.
7.2 The Client undertakes to:
(a) sign any further documents and/or provide any further information (such information to be complete, accurate and up-to-date in all respects) which Greene Bros may reasonably require to register a financing statement or financing change statement on the Personal Property Securities Register;
(b) indemnify, and upon demand reimburse, Greene Bros for all expenses incurred in registering a financing statement or financing change statement on the Personal Property Securities Register or releasing any Goods charged thereby;
(c) not register a financing change statement or a change demand without the prior written consent of Greene Bros; and
(d) immediately advise Greene Bros of any material change in its business practices of selling the Goods which would result in a change in the nature of proceeds derived from such sales.
7.3 Greene Bros and the Client agree that nothing in sections 114(1)(a), 133 and 134 of the PPSA shall apply to these terms and conditions.
7.4 The Client waives its rights as a debtor under sections 116, 120(2), 121, 125, 126, 127, 129, 131 and 132 of the PPSA.
7.5 Unless otherwise agreed to in writing by Greene Bros, the Client waives its right to receive a verification statement in accordance with section 148 of the PPSA.
7.6 The Client shall unconditionally ratify any actions taken by Greene Bros under clauses 7.1 to 7.5.

8. Client’s Disclaimer
8.1 The Client hereby disclaims any right to rescind, or cancel any contract with Greene Bros or to sue for damages or to claim restitution arising out of any inadvertent misrepresentation made to the Client by Greene Bros and the Client acknowledges that the Goods are bought relying solely upon the Client’s skill and judgment.

10. Returns
10.1 Returns will only be accepted provided that:
(a) the Client has complied with the provisions of clause 9.1; and
(b) Greene Bros has agreed in writing to accept the return of the Goods; and
(c) the Goods are returned at the Client’s cost within five (5) days of the delivery date; and
(d) Greene Bros will not be liable for Goods which have not been stored or used in a proper manner; and
(e) the Goods are returned in the condition in which they were delivered and with all packaging material, brochures and instruction material in as new condition as is reasonably possible in the circumstances.
10.2 Greene Bros may (in its discretion) accept the return of Goods for credit but this may incur a handling fee of ten percent (10%) of the value of the returned Goods plus any freight.

11. Warranty
11.1 Subject to the conditions of warranty set out in Clause 11.2 Greene Bros warrants that if any defect in any workmanship of Greene Bros becomes apparent and is reported to Greene Bros within one (1) month of the date of delivery (time being of the essence) then Greene Bros will either (at Greene Bros’s sole discretion) replace or remedy the workmanship.
11.2 The conditions applicable to the warranty given by Clause 11.1 are:
(a) the warranty shall not cover any defect or damage which may be caused or partly caused by or arise through:
(i) failure on the part of the Client to properly maintain any Goods; or
(ii) failure on the part of the Client to follow any instructions or guidelines provided by Greene Bros; or
(iii) any use of any Goods otherwise than for any application specified on a quote or order form; or
(iv) the continued use of any Goods after any defect becomes apparent or would have become apparent to a reasonably prudent operator or user; or
(v) fair wear and tear, any accident or act of God.
(b) the warranty shall cease and Greene Bros shall thereafter in no circumstances be liable under the terms of the warranty if the workmanship is repaired, altered or overhauled without Greene Bros’s consent.
(c) in respect of all claims Greene Bros shall not be liable to compensate the Client for any delay in either replacing or remedying the workmanship or in properly assessing the Client’s claim.
11.3 For Goods not manufactured by Greene Bros, the warranty shall be the current warranty provided by the manufacturer of the Goods. Greene Bros shall not be bound by nor be responsible for any term, condition, representation or warranty other than that which is given by the manufacturer of the Goods.
11.4 The conditions applicable to the warranty given on Goods supplied by Greene Bros are contained on the “Warranty Card” that will be supplied with the Goods.
11.5 In the case of second hand Goods, the Client acknowledges that he has had full opportunity to inspect the same and that he accepts the same with all faults and that no warranty is given by Greene Bros as to the quality or suitability for any purpose and any implied warranty, statutory or otherwise, is expressly excluded. Greene Bros shall not be responsible for any loss or damage to the Goods, or caused by the Goods, or any part thereof however arising.

12. Consumer Guarantees Act 1993
12.1 If the Client is acquiring Goods for the purposes of a trade or business, the Client acknowledges that the provisions of the Consumer Guarantees Act 1993 do not apply to the supply of Goods by Greene Bros to the Client.
13. Default & Consequences Of Default
13.1 Interest on overdue invoices shall accrue daily from the date when payment becomes due, until the date of payment, at a rate of two and a half percent (2.5%) per calendar month (and at Greene Bros’s sole discretion such interest shall compound monthly at such a rate) after as well as before any judgment.
13.2 In the event that the Client’s payment is dishonoured for any reason the Client shall be liable for any dishonour fees incurred by Greene Bros.
13.3 If the Client defaults in payment of any invoice when due, the Client shall indemnify Greene Bros from and against all costs and disbursements incurred by Greene Bros in pursuing the debt including legal costs on a solicitor and own client basis and Greene Bros’s collection agency costs.
13.4 Without prejudice to any other remedies Greene Bros may have, if at any time the Client is in breach of any obligation (including those relating to payment), Greene Bros may suspend or terminate the supply of Goods to the Client and any of its other obligations under the terms and conditions.  Greene Bros will not be liable to the Client for any loss or damage the Client suffers because Greene Bros has exercised its rights under this clause.
13.5 If any account remains overdue after thirty (30) days then an amount of the greater of $20.00 or 10.00% of the amount overdue (up to a maximum of $200) shall be levied for administration fees which sum shall become immediately due and payable.
13.6 Without prejudice to Greene Bros’s other remedies at law Greene Bros shall be entitled to cancel all or any part of any order of the Client which remains unfulfilled and all amounts owing to Greene Bros shall, whether or not due for payment, become immediately payable in the event that:
(a) any money payable to Greene Bros becomes overdue, or in Greene Bros’s opinion the Client will be unable to meet its payments as they fall due; or
(b) the Client becomes insolvent, convenes a meeting with its creditors or proposes or enters into an arrangement with creditors, or makes an assignment for the benefit of its creditors; or
(c) a receiver, manager, liquidator (provisional or otherwise) or similar person is appointed in respect of the Client or any asset of the Client.

16. Dispute Resolution
16.1 All disputes and differences between the Client and the Greene Bros touching and concerning this agreement shall be referred to arbitration under a single arbitrator agreed upon by both parties, or failing agreement, by two arbitrators (one to be appointed by each party) and their umpire (appointed by them prior to arbitration), such arbitration to be carried out in accordance with provisions of the Arbitration Act 1996.

We provide the best tools & products

We’re here where & when you need us

Welcome to Greene Brothers – your electrical equipment experts. Greene Brothers & their trusted equipment experts have served Waikato since 1955 and offer a wealth of industry knowledge and experience in sales and superior service & repair.
We also provide spa & pool maintenance services, and the best part is that you don’t have to supply or store a thing. Greene Brothers’ pool care professionals bring all their own tools and use and provide only the best products to keep your pool clean, looking good, and economical to run. 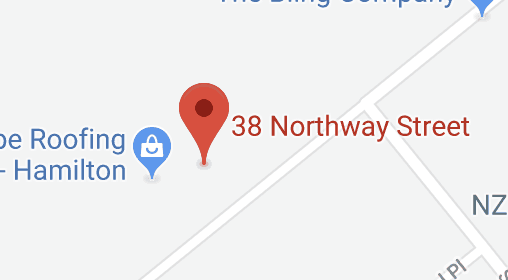